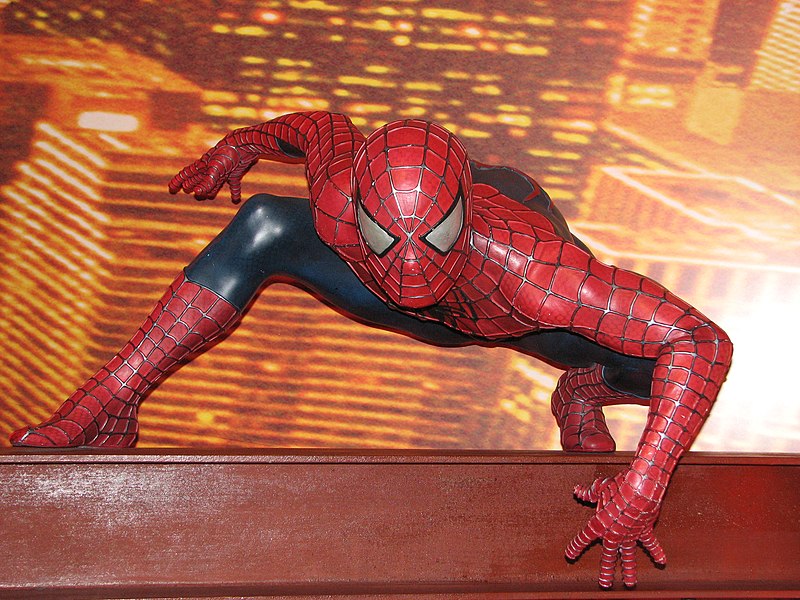 Spiderman not so super? Well it’s not like he’s Superman. Actually, technically he is not even Spiderman. In reality he is just A man. In this case one who was injured on the job playing the role of Spidy in a Broadway musical just a short few weeks ago.

The actor, a one Daniel Curry, had the lucky and seemingly fun job of performing many a stunt including flying through the air on the back of the green goblin as he fought crime and made the world a safer place.

That is, until something went terribly wrong.

As Curry was being lifted onto the stage by a hydraulic lift through a trap door, the door closed on his leg and he found himself stuck. At which point in time he began screaming. Workmen actually had to saw through the scenery to free him. He was then taken to the hospital. The rest of the show was cancelled that evening.

The injury sustained must have been a pretty bad one because in articles written about it the word amputations (plural!) has been used, but so far there has been no comment on what those might be. As Curry was a dancer and had spent much of his short but successful 23 years performing this has to be a very big concern for him and his future career.

Very smartly he hired a lawyer; a lawyer who did not hesitate to file for the production company’s compliance in regard to the potentially faulty equipment that may have led to Curry’s injury. The filing asks that the company refrain from dismantling or altering the equipment before experts have a chance to examine it.

This is likely due to the fact that the company has already done its own investigation and come out publicly making claims that the equipment did not malfunction and that Mr. Curry’s injury was due to human error. Of course they use the caveat that Curry was not the only person involved in the stunt and they are not pointing fingers but you get the idea. They are deflecting blame as fast as possible.

Maybe it’s because this particular show has seen more than its fair share of work injuries.  There have been some broken ribs due to a 20 foot fall from a stage platform. The reason; someone failed to make sure a safety tether was properly secure. (Just does not sound good no matter how you say it!) There was also a concussion, sustained by the then lead actress, from a rope hitting her in the head. That rope had to have hit her hard. She ended up removing herself from the performance. Subsequently the actress that took her place was also injured, but has stayed with the show. To top it all off there is also a 6 million dollar lawsuit pending (filed by the guy who stepped in for the guy who fell from the platform with a bad tether.) Sheesh!  The production company doesn’t need a spokesperson, they need an OSHA inspector!

Although a bit of jesting and joking is happening on our part, the truth is that workplace injuries are no laughing matter. Unfortunately, and often, those who bear the title of employer also bear the burden of making the company viable. And by viable we mean financially lucrative. When money is at the forefront of consideration, safety can and does take a back seat. Accountability on the part of your employer can be shall we say strikingly absent also. You do have to be careful. You also need to know the laws about workers compensation.

This is why there are lawyers and if you’ve been injured having an advocate is important. Just like Mr. Curry and the rest of the Spiderman crew have found out. They put their trust in the company in the hopes that the company would take care of them as they were putting on the show. While the producers have almost certainly been un-malicious in their acts, were they careful? The evidence suggests they were not. Now that all is said and done and people are in hospitals and or long term injury treatment the company is interested in protecting their interests. Not those of the workers who have been damaged on the job.

Spiderman: Turn Off the Dark continues to run on Broadway with a new Spider already in place. Now that the company is facing multiple lawsuits it probably has to. But will they be safer as a result of the trouble they have seen on set? Let’s hope so!

Break a leg gang! Or….er…..maybe we should just say good luck with the show.

About The Author:
Donald W. Jaburek of Pope & Jaburek, P.C. in Chicago, Illinois is a personal injury attorney with decades of experience.  Mr. Jaburek focuses his practice on motor vehicle accidents, workplace injuries, slip and fall, medical malpractice, wrongful death, and most other types of injury cases.